Every programmer loves to see their profession from an outside perspective. And while Hollywood has a reputation for portraying programmers in a somewhat cheesy light, there are numerous occasions when it manages to get it right.

So without further ado, read on for our list of the top 10 best films about programming.

For more articles on coding, programming and developing, check out our Insights section. 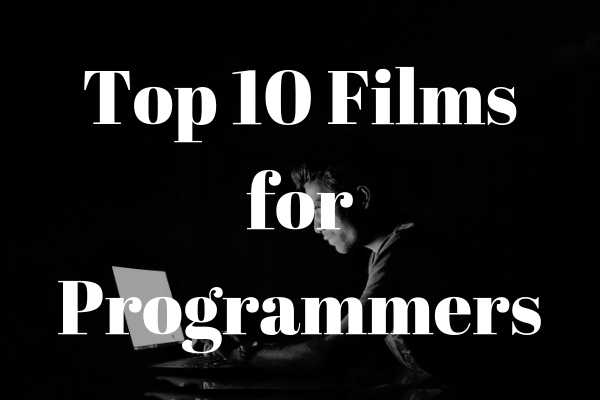 Sneakers is one of the most beloved movies by programmers, because it’s a classic action thriller that involves lots of humor. The movie possibly even borders on being a comedy.

The premise of Sneakers is simple: A team of hackers have to steal a secretive black box. But, the team of hackers also have to deal with rogue NSA agents, a false murder accusation, and plenty of other dilemmas.

And best of all, Sneakers has some of the most realistic hacking sequences shown on big picture film.

The Social Network is a compelling movie that tells the story of Harvard student and programming genius Mark Zuckerberg, who would go on to create Facebook, and change the world forever.

But, as you probably know, the story of Facebook’s founding is full of dramatic interpersonal and legal complications. The Social Network is believed to be based on true events for the most part, although Zuckerberg has publicly disputed aspects of the movie in real life.

Either way, most coders get a thrill from watching The Social Network, largely because the movie portrays the amazing feats one can achieve simply by learning a programming language.

Office Space is one of the most well-known comedies that depicts the fictional life of corporate programmer Peter Gibbons and his co-workers.

Gibbons hates his job at a software company, and resents dealing with excessive managerial oversight and the everyday minutia of a soulless corporate gig.

Thankfully, the perks of being a programmer have improved tremendously since the time of Office Space. But this film still pokes great fun at the subtle displeasure that many IT employees have dealt with in the past.

Hackers is a 90’s crime film about teenage hackers who break into a major corporation’s computer network, discover evidence of an embezzlement scheme, and must save themselves before they’re captured by police.

This movie is fun, rebellious, has a great soundtrack, and even includes some realistic aspects of programming - which should make you feel very happy.

WarGames is a Cold-War era film about a kid who hacks into a U.S. military supercomputer.

According to a New York Times article, WarGames actually influenced U.S. President Ronald Reagan to investigate whether the hacking depicted in the movie was possible in real life. This ultimately led to a change in national security policy, the creation of ARPANET, and the modern internet as we know it.

Even when comparing the old technology used in the film to today’s modern tech, WarGames is an enthralling movie that leaves you on the edge of your seat.

We Are Legion is a documentary film about the beliefs and overall movement of the “hacktivist” group Anonymous.

The documentary sheds light on the origination of Anonymous, turning points in Anonymous’ history, and how the group comes together during times when internet freedom or personal privacy is at risk.

TPB AFK is a documentary about the lives of the three founders of The Pirate Bay, possibly the world’s largest file sharing site, and certainly its most famous.

And while The Pirate Bay is often considered a controversial group, TPB AFK is a thought-provoking documentary that sheds light on issues surrounding intellectual freedoms and copyright law.

The documentary also provides great insights into the inner workings of one of the most heavily-trafficked websites in the world.

Antitrust is a fictional thriller involving a computer programming genius named Milo Hoffman who graduates from Stanford, accepts a job from a man who loosely portrays Bill Gates, and discovers that nothing is as it seems.

As the film name suggests, Milo Hoffman becomes suspicious of the high-quality source code of the company’s flagship software product, and soon realises that trusting anyone could be a mistake.

American Experience: Silicon Valley is a PBS documentary about Shockley Semiconductor Laboratory, which was the establishment that created the semiconductor industry, and sparked the entrepreneurial scene in Silicon Valley.

The documentary also details the story of the traitorous eight, and the birth of computing as we know it.

Quite possibly the most famous science fiction movie of all time (except maybe Star Wars), The Matrix depicts a dystopian future involving a simulated reality created by sentient machines.

Neo, who is a computer programmer by day, and a hacker by night, ultimately discovers the truth about this simulated reality, and decides to wage war against the machines.

The Top 10 Schools for Game Programming

5 Fun Ways to Get Kids Into Coding

Top 5 Secure Coding Practices - How to Safeguard Your Software